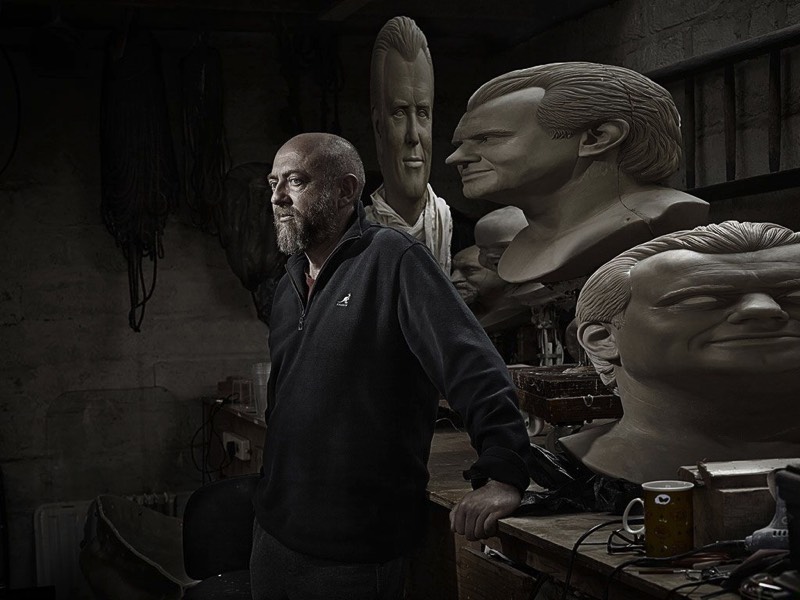 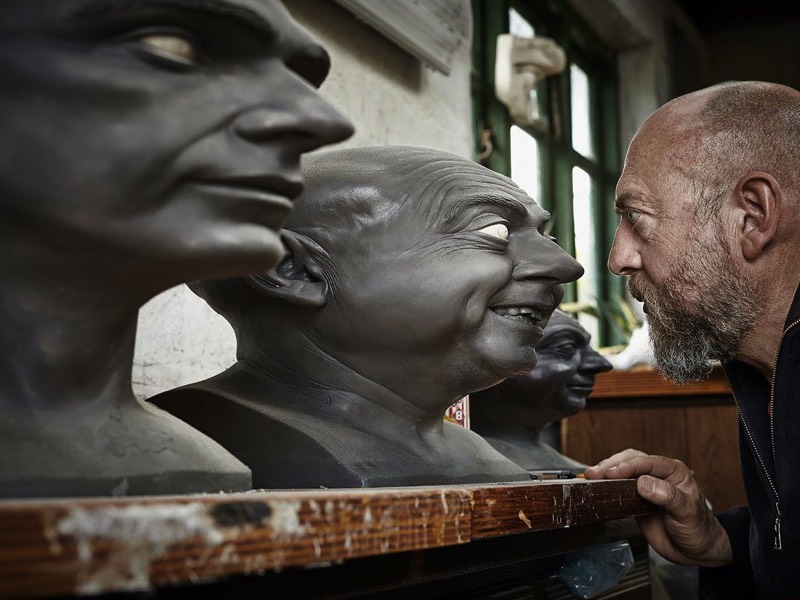 I have always had a fascination with the human figure and how artists have approached portrait sculpture and painting throughout the ages, from Greek and Roman to Lucien Freud. I was initially drawn to the film industry to fund my studies at the Royal Academy Schools and after graduating continued to work on many film and TV productions, from Dr Who to the Young Ones. However, everything I created even then, had a fine art perspective in mind, with Max Headroom and Alien Autopsy examples of this approach. It was exciting to see my work on film, but very frustrating at the same time, as the full surreal impact could only be appreciated in the studio itself, rather than on screen.

I have striven within my work to fuse the mediums of film, figurative and abstract sculpture into one, to create a spacial problem instead of providing an answer. My work is designed to force the onlooker to try to solve the spacial problems laid before them. Essentially, I am making the viewer think like the artist, tripping the brain into overdrive, to correct the information that it has been given, in order to think more deeply and to look at things much harder.

These surreal sculptures hint at a fourth dimension, referring to how we see things completely differently when we mentally deal with situations beyond our control, such as shock and trauma for instance, or when we are bereaved or involved in an accident. Often in this altered state of mind, we can see things in an entirely new way.

The sculptures are initially modeled in clay, further molded in silicone, then cast into fiberglass and finally painted with many fine layers of translucent acrylic colour for depth. The eyes are painted with resin and natural pigments and as with the skin, in many layers to further build the three dimensional illusion. The hair is treated in a stylized way, again designed to lead the eye astray. The hypnotic effect of these sculptures renders most observers transfixed and alienated for a moment in time as their judgment of the human condition is temporally diverted.

Alexander
Charlie and the Chocolate Factory
Alien Autopsy
Alien Autopsy Feature Film
Max Headroom, Channel 4
Rob Roy
The French Lieutenants Woman
Dr. Who
The Young Ones
Something For The Weekend